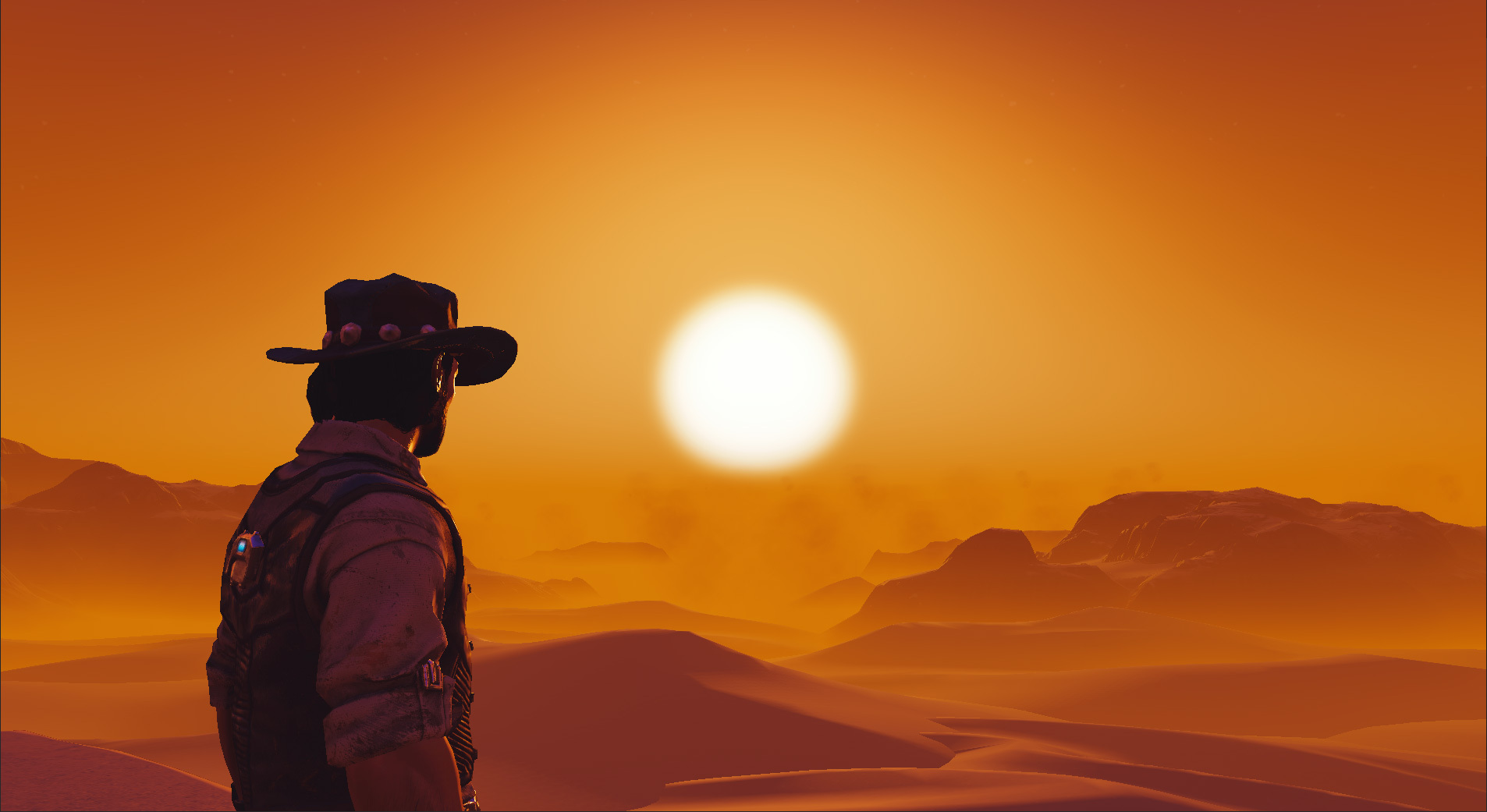 We’re happy to show you the summer build and want to tell you about the new content and the improvements we have made, and also about the bugs we got rid of—thanks to your feedback as well.

We also remind you that we publish unique updates in our channel in Discord almost every day—and now you can comment on every piece of news to share your opinion, influence the game development and ask questions.

And now let’s see what is waiting for us in the build. 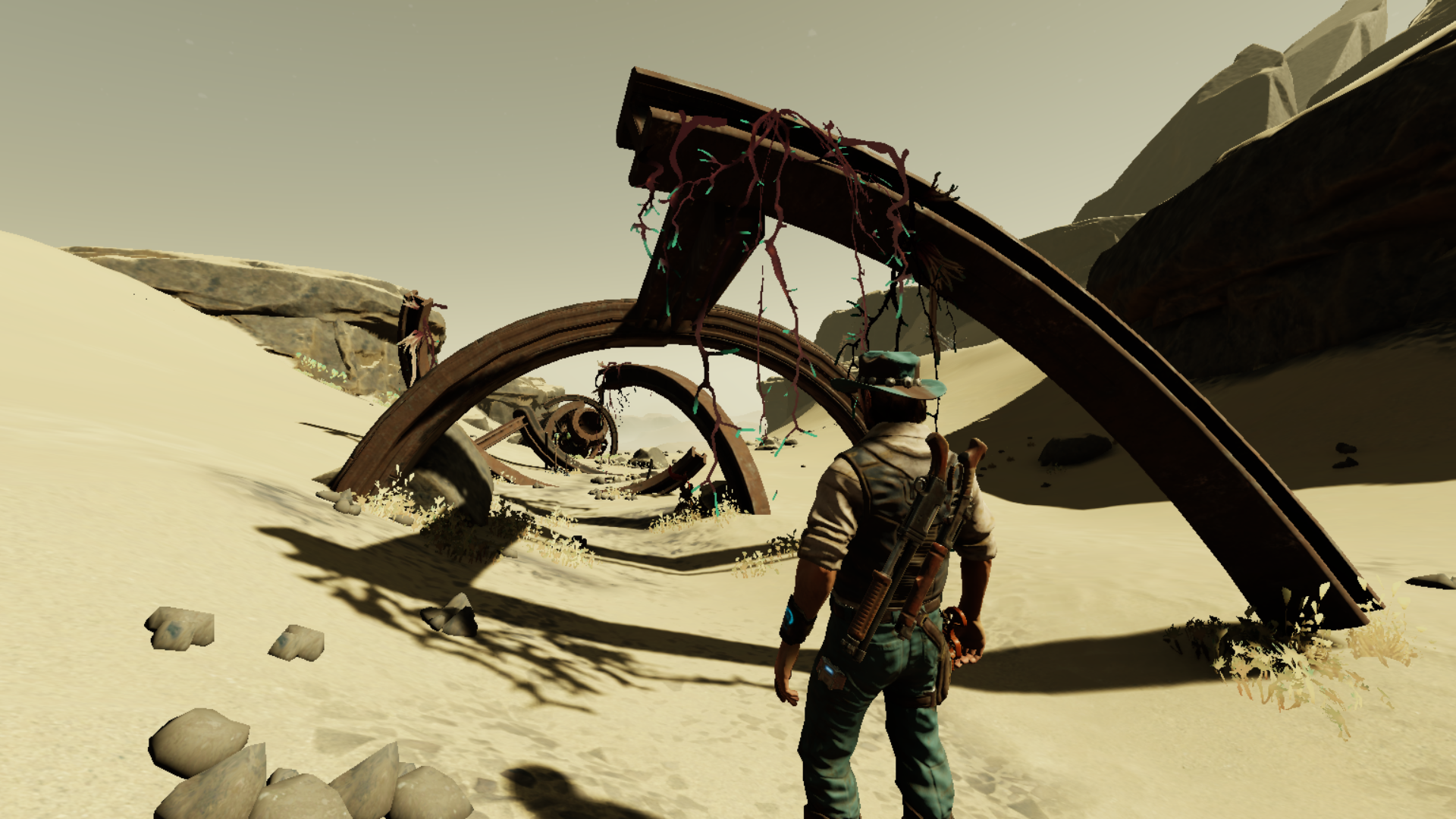 We’ve dedicated a lot of time to improving the quests that already are in the game and adding new ones. For example, the story of Herbalist got an extension with the quest Tools for Herbalist. Now when a grateful abori reaches the mining town, he can teach Jack the basics of the craft. 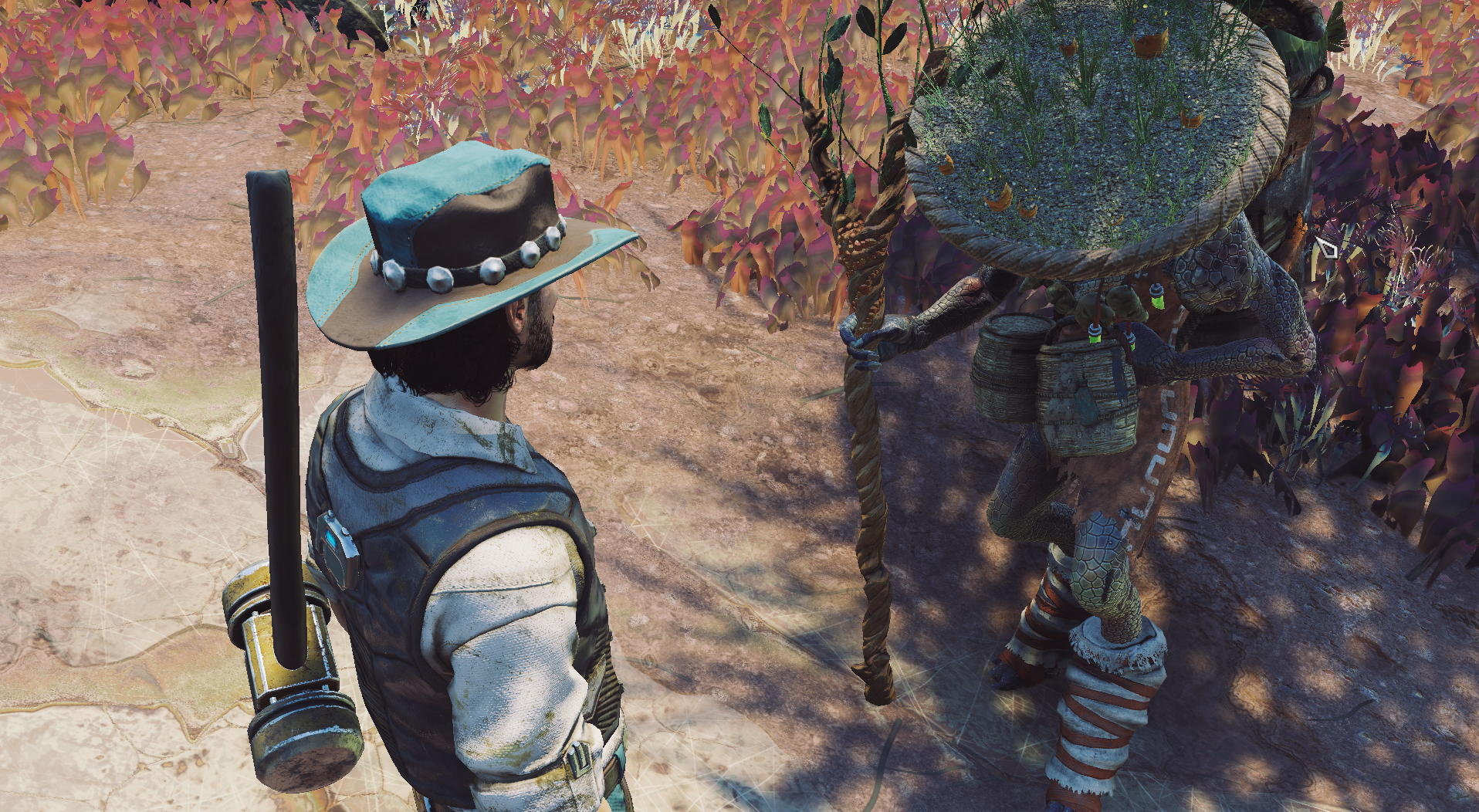 We’ve added more interactivity into the quest Grave Business. We’ve also divided it into two parts and organized the space better—instead of some small graves, which were not very comfortable to look for, there is a big and significant one. And for improving cutscenes visually, we’ve worked on more harmonious placement of decorations. 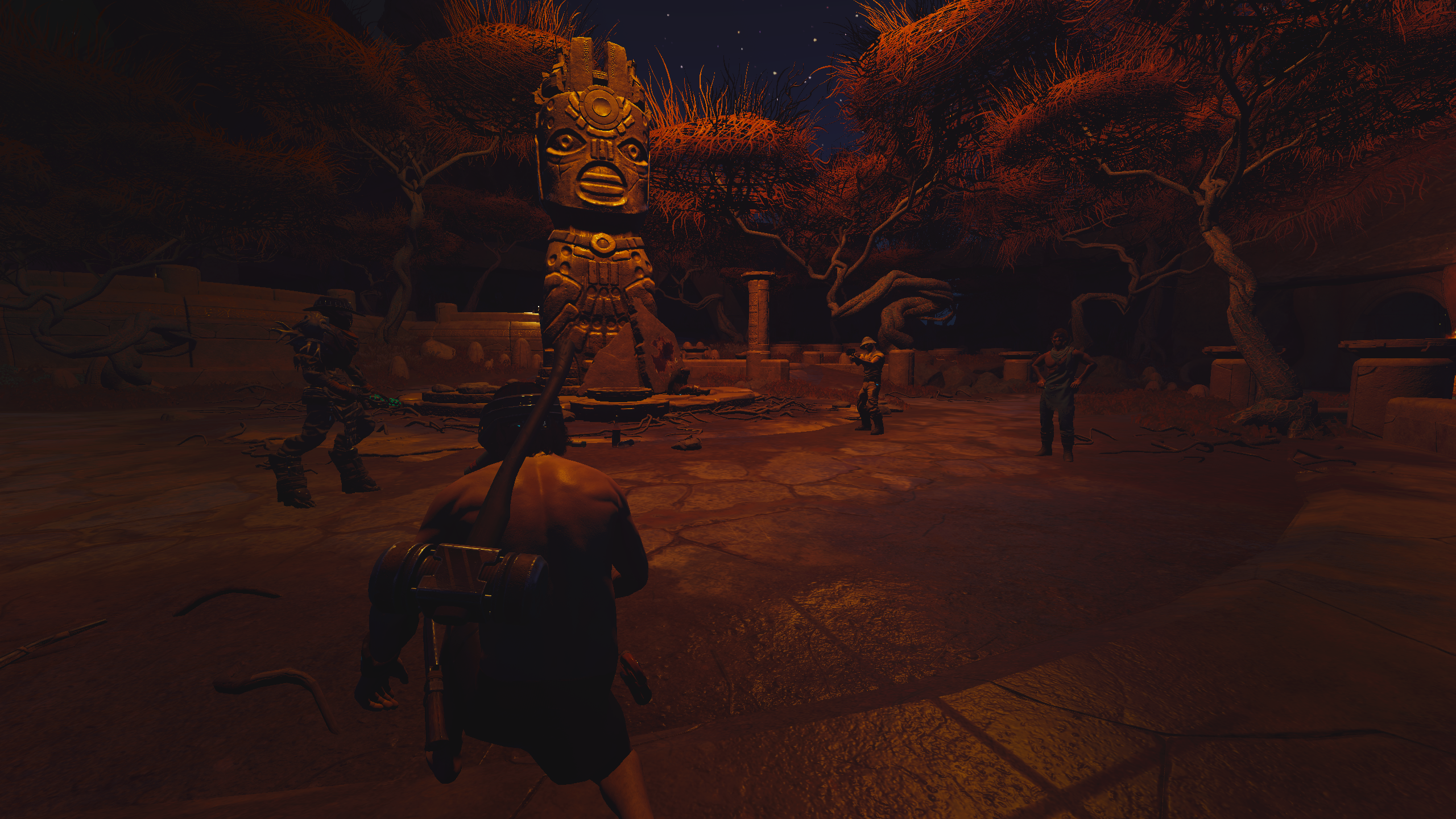 In the quest Quick Adventure you can see a lot of beautiful and mysterious things—Jack headed to research aboris’ ancient burial in an attempt to find out who stands behind the tomb raiding. 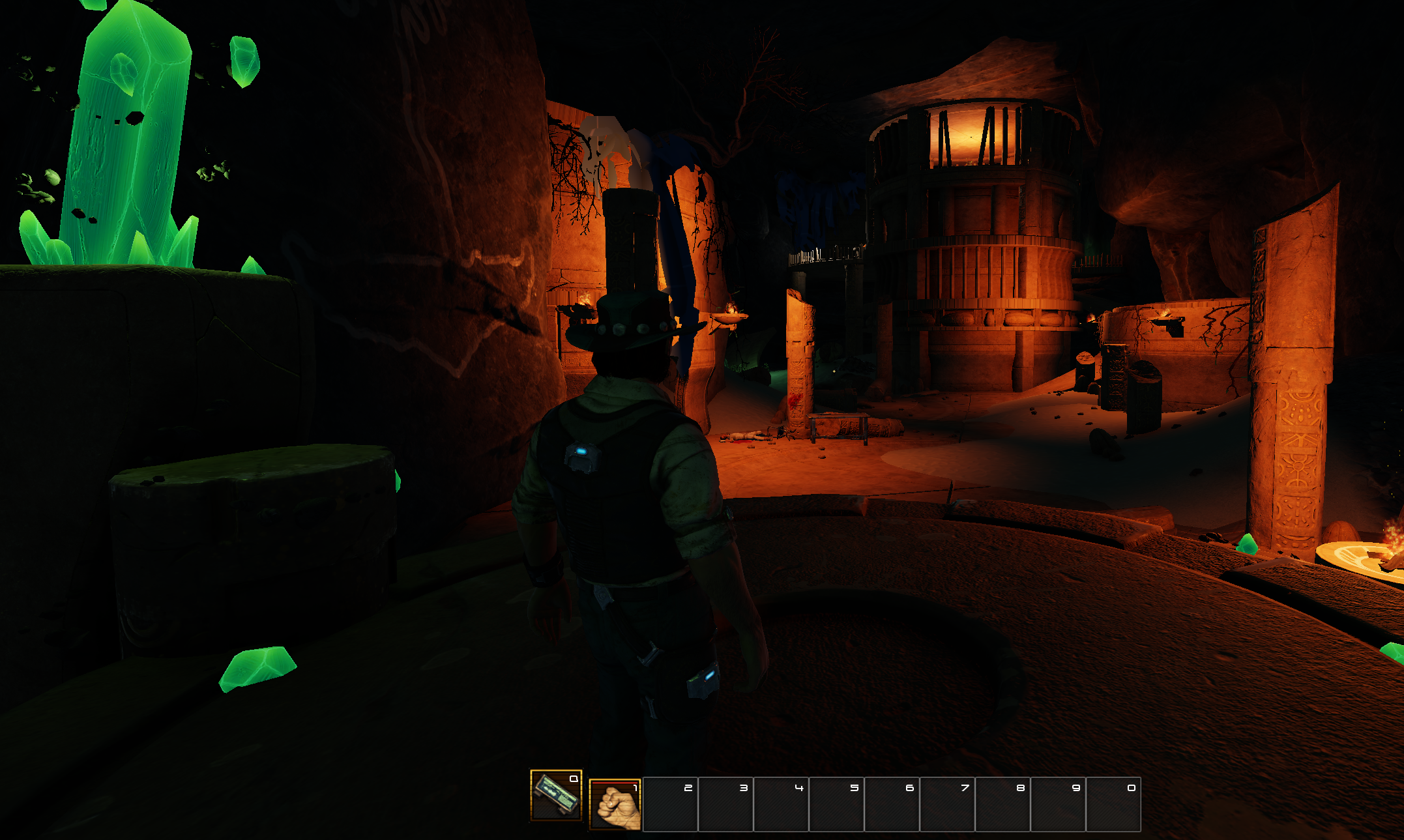 We’ve also added an occasional event—the quest View Enjoyer. Now you should drop by Lucky Hole more often—there is a chance to meet a mysterious stranger who will make an interesting offer. 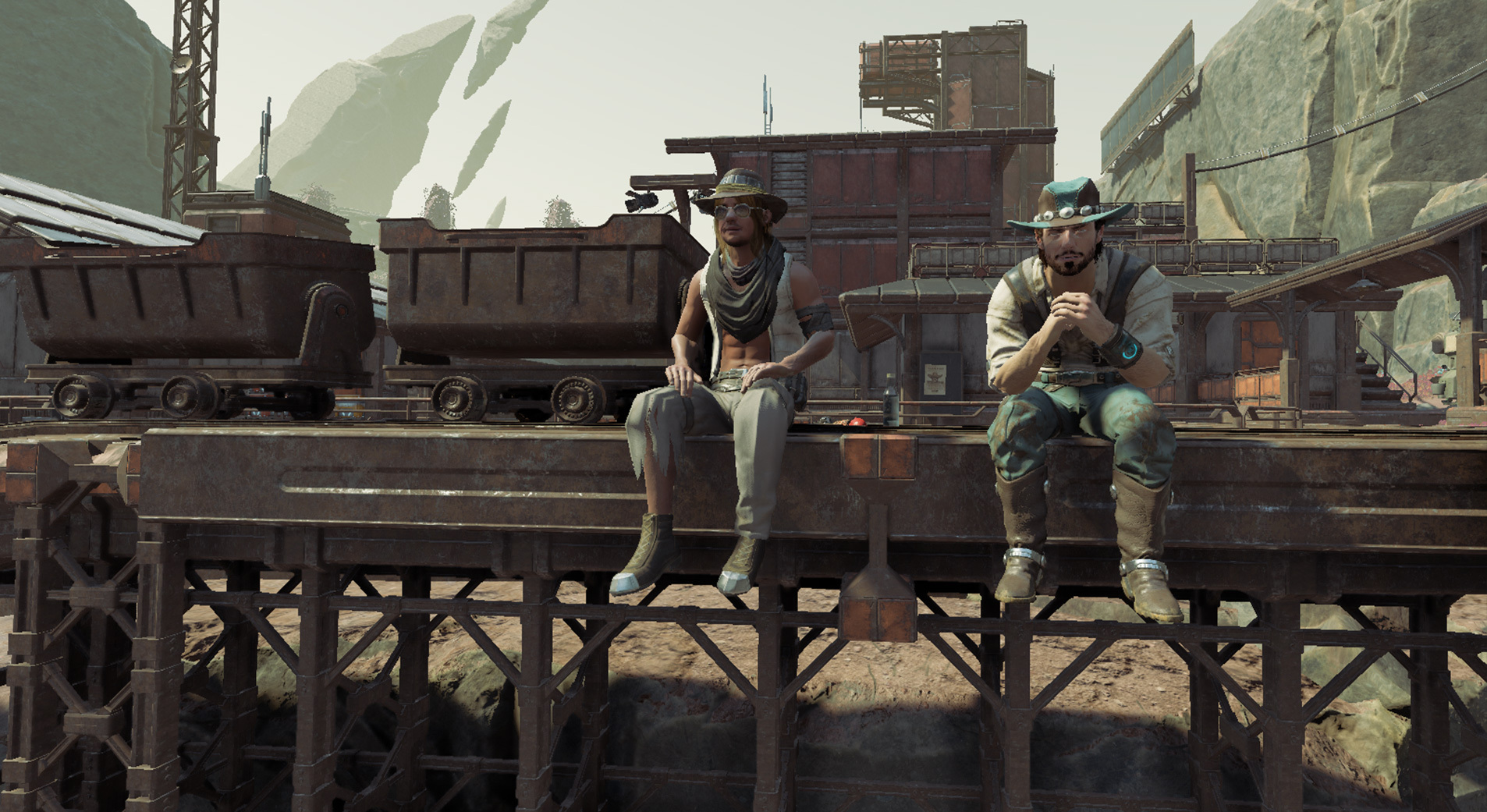 We keep improving the space sheep for the quest Dead Leviathan—new animated elevators are added, and we’ve also reworked the decor—we’ve normalized the position and the size of the chairs for the environment to look more natural. 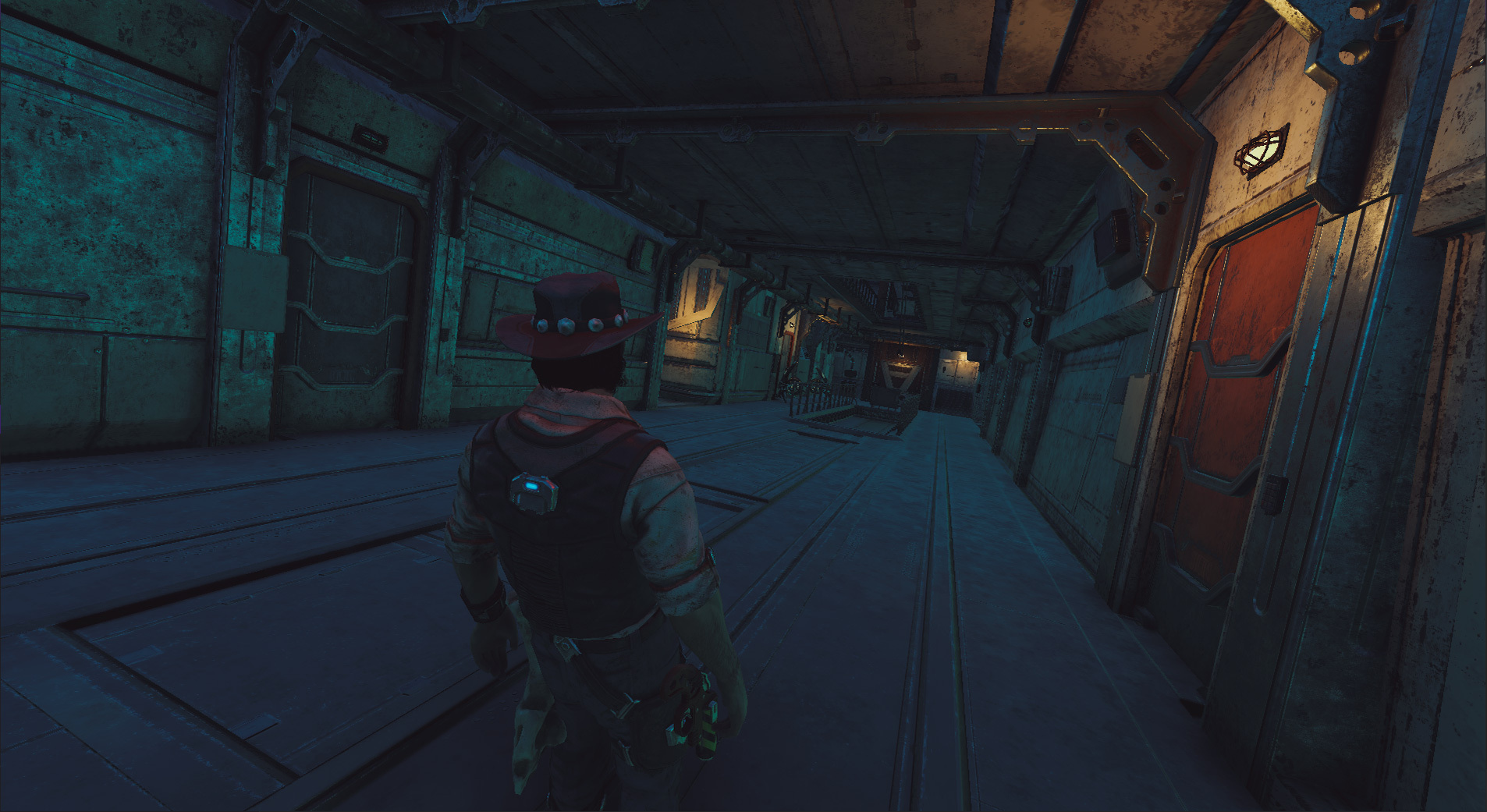 We’ve also reworked most of the surfaces and reset the parameters of renders to make locations and objects more natural, colours richer and textures more plausible. And each surface sounds more accordingly. 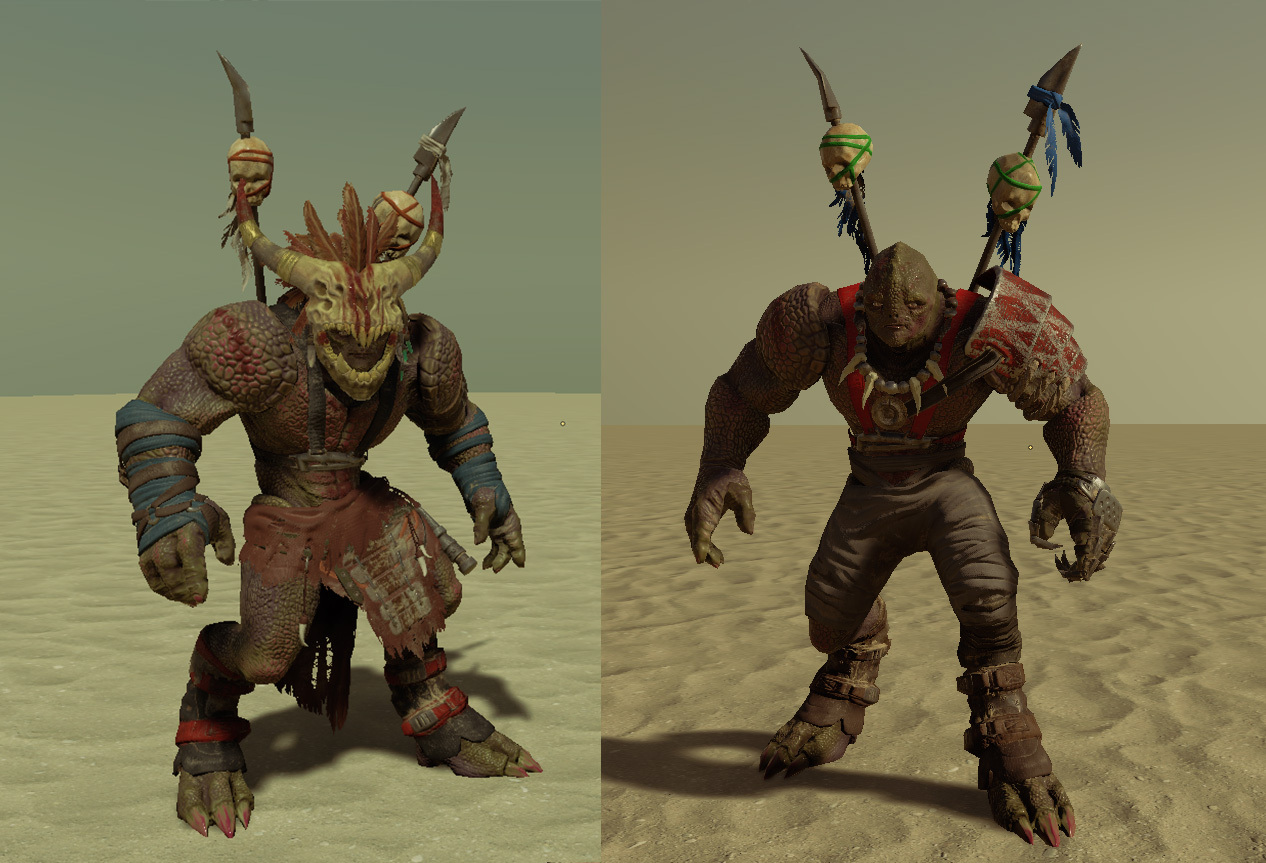 In particular, we’ve renewed hulks, remaking three already existing textures and adding the fourth which gave their skin and body structure a more alien look. The clothes of new hulks are also already remade for the new system of colouring. Besides, we’ve made them new better eyes, considerably adding to these creatures’ humanity. We’ve also added a hat-helmet for the main guy. But actually anyone can try it on.

A kid-abori deserves a separate talk. He’s also transferred to new materials and got new eyes. He’s so cute that we’re thinking of adding more abori kids to the Edge. 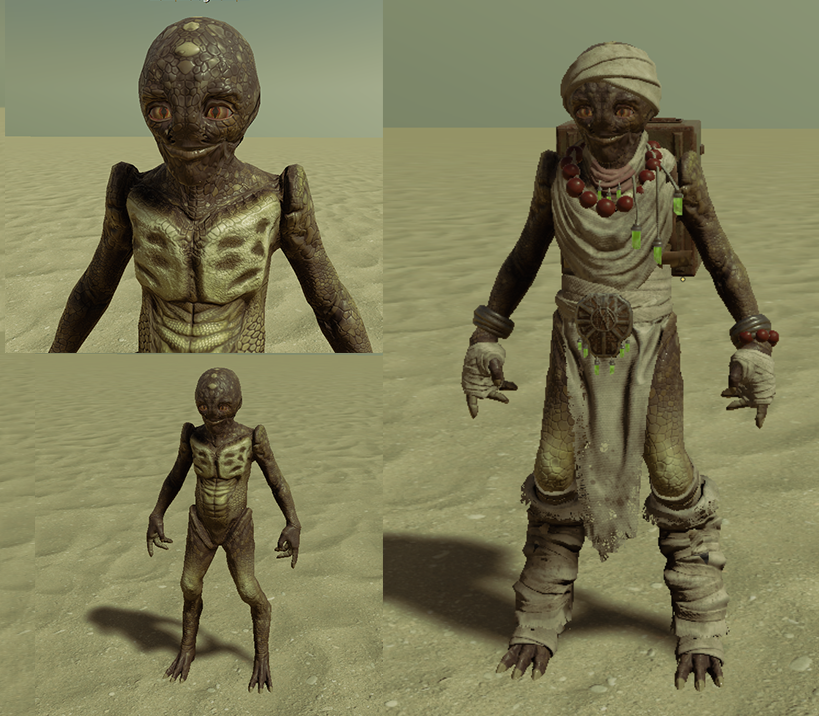 Going on with the topic of abori-hulks—we’ve added them some new animations, and now the movements demonstrate their power and strength much better. 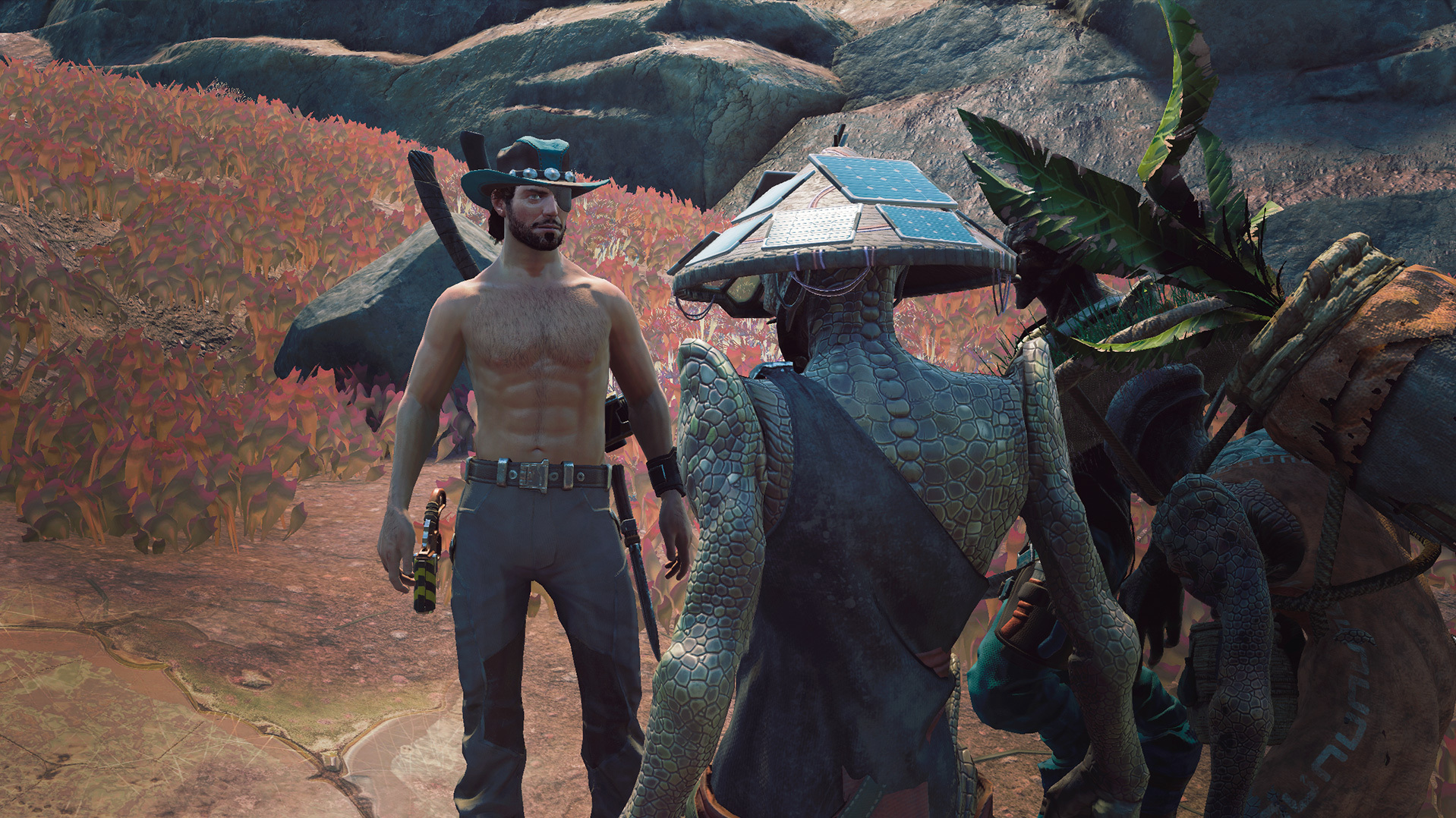 Many bugs are fixed in this build. The loudness of some sounds is normalized and some uncorrect effects are replaced. We’ve also «fixed» music which used to stop from time to time—now the track will please you while you reveal secrets of K’Tharsis. 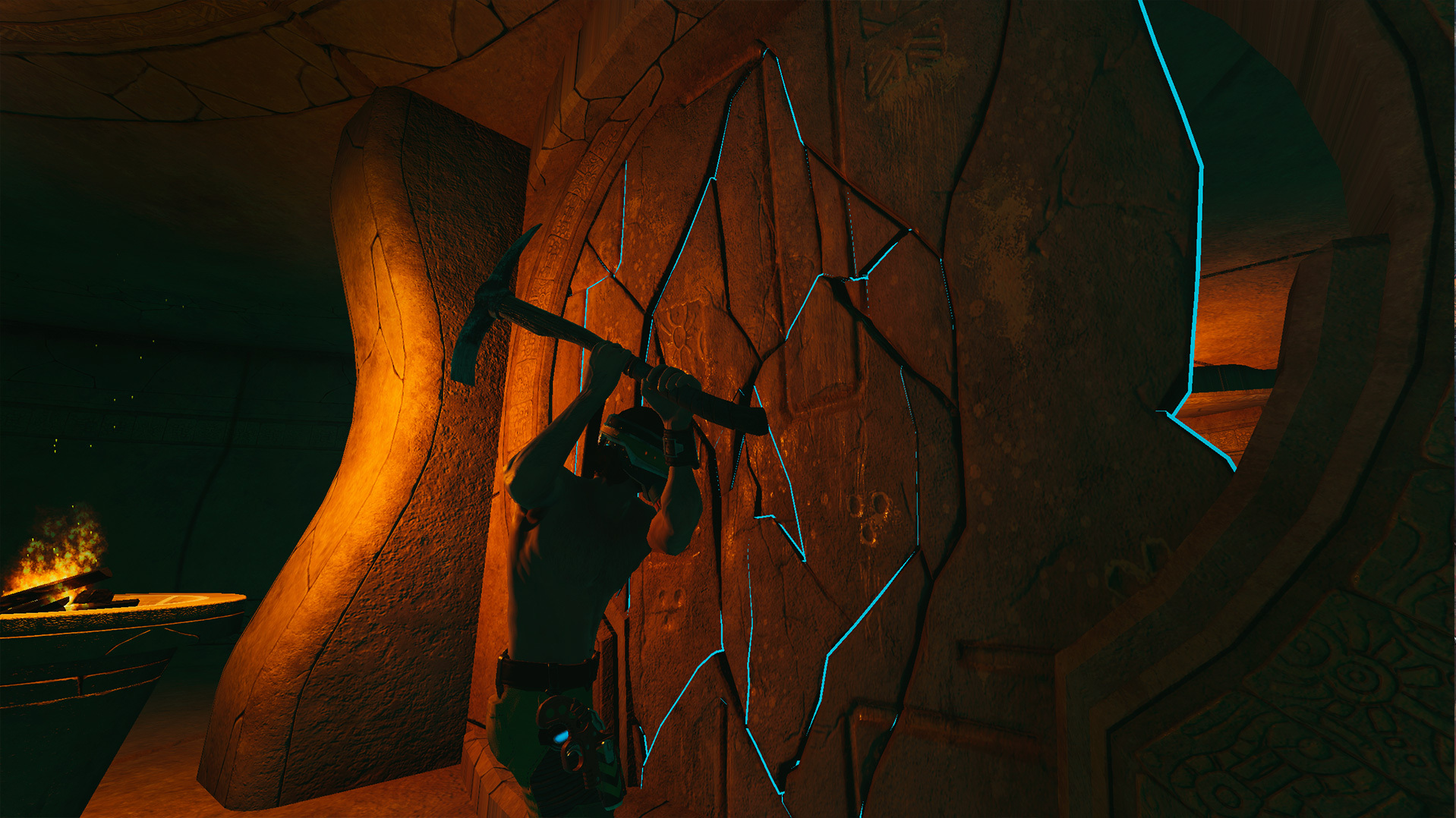 That’s all for now—a lot of changes about which we were writing in the #devblog channel in Discord will be introduced in the next two builds, but you’ll definitely find things to watch in this one. So add the game into the wishlist and be sure to share your feedback in the comments in our Discord—it’s very important for us to hear what you think of the changes in the game.

See you in the vastness of K’Tharsis!