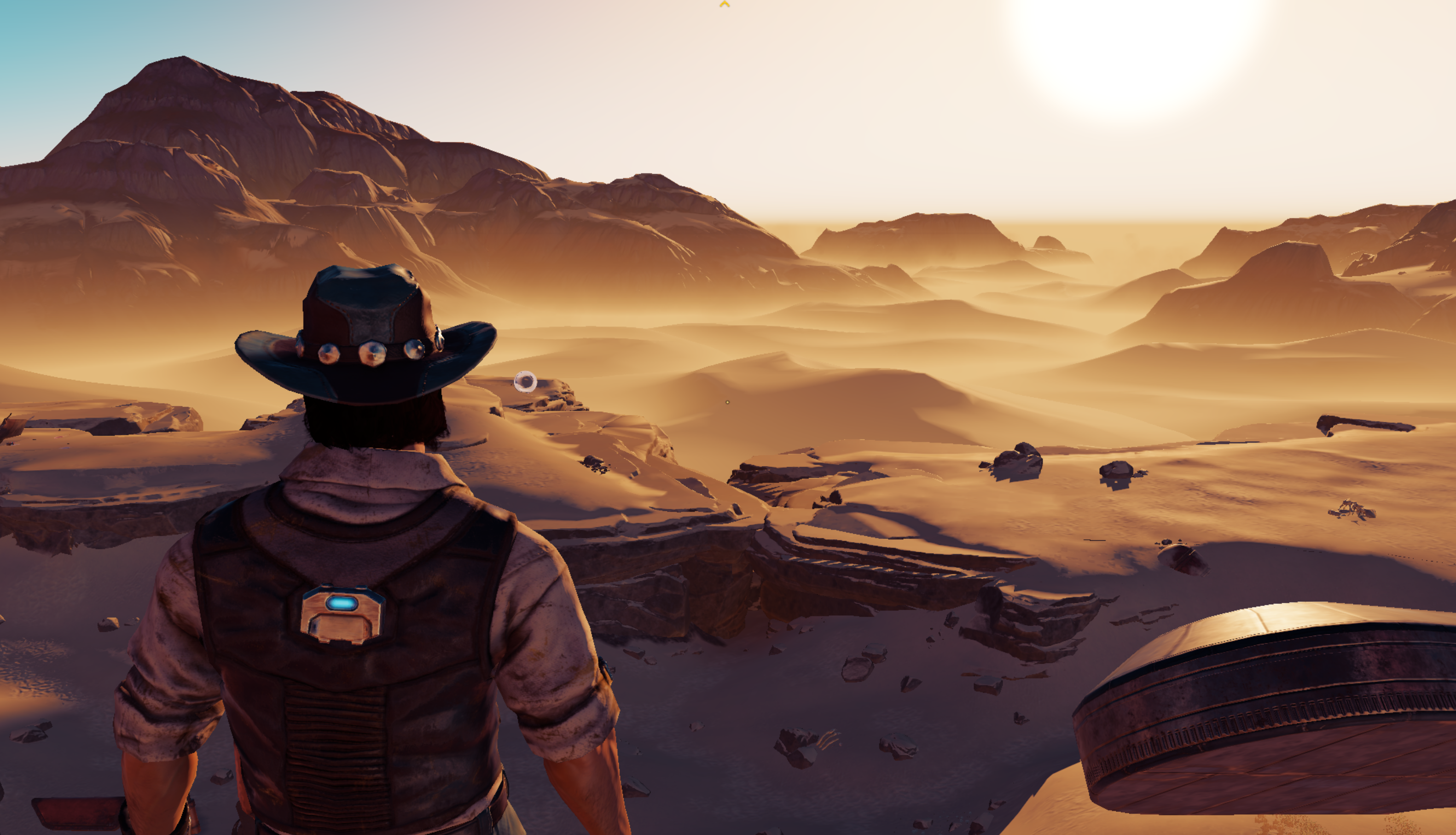 The Major Update 0.70 is already here and we’re waiting impatiently for your reviews. This is the biggest update in the entire history of the game, we have added a lot of absolutely different content, that’s why your feedback will be extremely useful. Don’t hesitate to inform us about bugs, we’ll try to fix them as fast as we can. You can do it in our Discord — we read all the comments attentively and are always willing to talk to players. Join in!

We have already told you a lot about some big changes in separate articles (you can find all the links below), but there are more of them. That’s why we’ll gladly tell you about everything you can see in the new version of the game. Are you ready?

First of all, we’ve finally added a proper cinematic introducing the character and telling about an unfortunate deal which led him to losing his ship and ending up on a far and unwelcome planet. By the way, the cinematic is also our first step to a full voiceover. Every character there has a voice, so make sure to leave your feedback — maybe we should use these actors for the full game.
UPDATED GAMEPLAY

We have considerably improved the combat system. Added new combos both for the protagonist and his enemies, a possibility to block strikes, did some work on the hit system and melee combat. Don’t forget to watch your stamina!

A lot of new animations were also created — for example, the reaction of NPC changes depending on which part of the body was hit with a bullet. Jack also reacts now. If the character gets considerable damage, he will need time to recover.

One more important innovation is NPCs reacting to the character’s actions. Have you taken something that is not yours? Prepare to face the consequences! It can be a remark, a fine or even aggression — depends on your luck. This is the very first iteration of the system which we are going to improve gradually to make the world as immersive as possible. 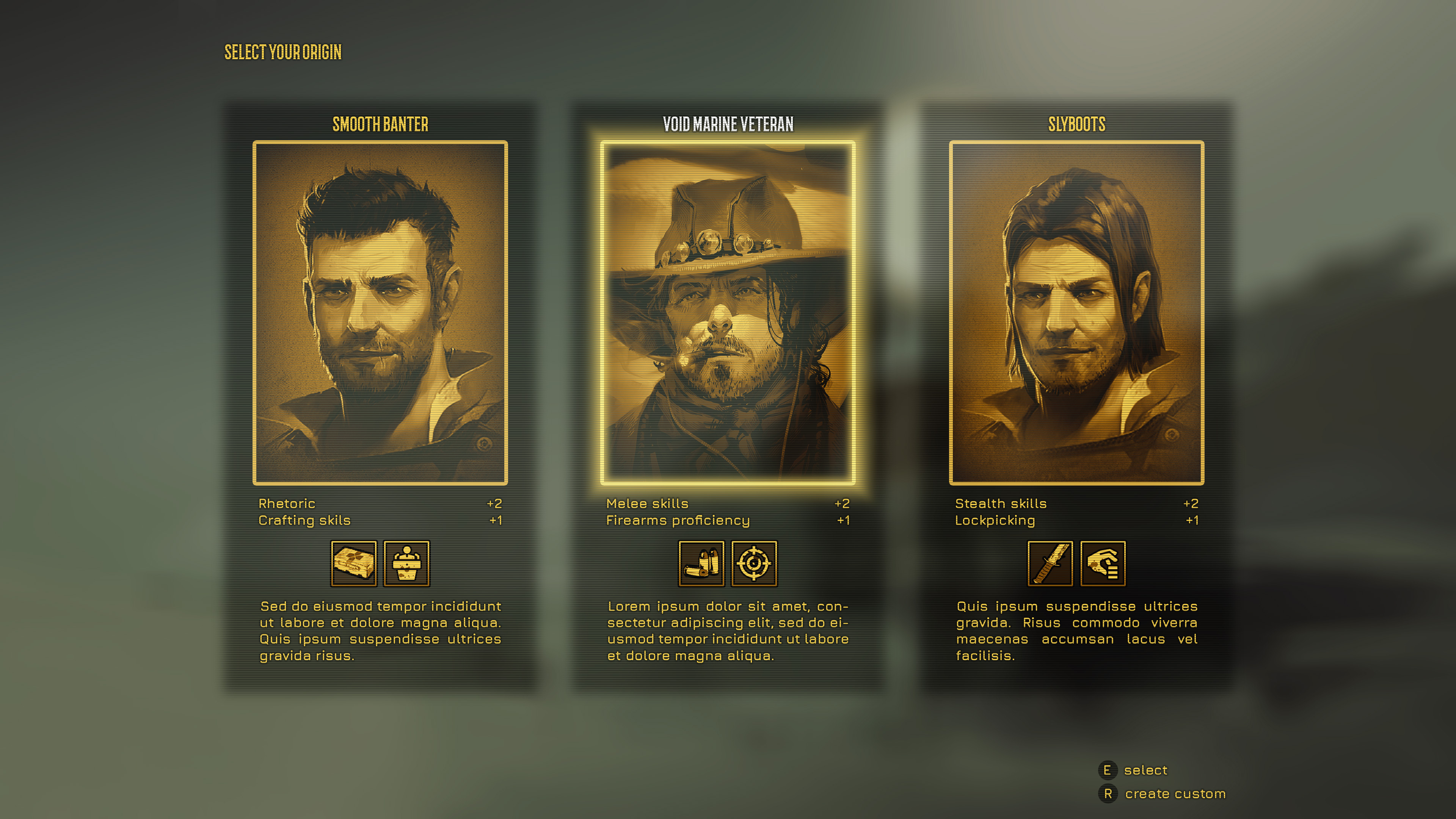 Want Jack to be unique? It’s possible now. In the beginning of the game you can choose an archetype or create your own one to make your character perfect for your playstyle.

We’ve also fixed a lot of problems which significantly influenced gaming experience. Thanks to the new technical changes, Jack far less often falls through the textures or gets stuck in crevices, and also can’t pick objects through the walls.

We’ve never put so much content into the game at once — now Jack can finish the story on The Edge. Every quest can be solved in several ways, and don’t forget that every choice has its consequences!

Besides, some quests were redesigned and got new alternative ways of solving them. Also there are real descriptions in the glossary instead of placeholders. We will keep improving them though.

As we started talking about the glossary, another important change is redesigning every screen in the game to create an integral interface which will underline the setting of the game and also be very convenient and informative for the player. In future it will also allow us to add gamepad support. Feel free to share your opinion about it to improve its design and to fix everything that doesn’t work well.

The Edge has considerably changed in several months. We have remade Outcasts’ outpost, Scalphunters’ camp, Hermit’s and Eric Craven’s zones, significantly improved the beginning of the game and the abandoned ship, and also put a lot of improvements into other places to make exploring interesting.

The Paths of Ancient appeared in the game — a huge dungeon with quests and secrets that keeps mysteries of ancient abori.

The look of the game has also considerably changed thanks to multiple targeted changes, we have shown the progress of Exoplanet within a year in detail in the recent post.

First of all, we’ve added a lot of new textures, improved rocks and the skyline. A big update happened to water: we’ve transferred it to PBR and added caustics — now the light refracts on its surface creating intricate patterns.

We’ve also managed to create the effect of wet shores and add small puddles to The Edge which helped to make the area more visually interesting. We’ve also added new assets to add details to the world — for example, lianas. 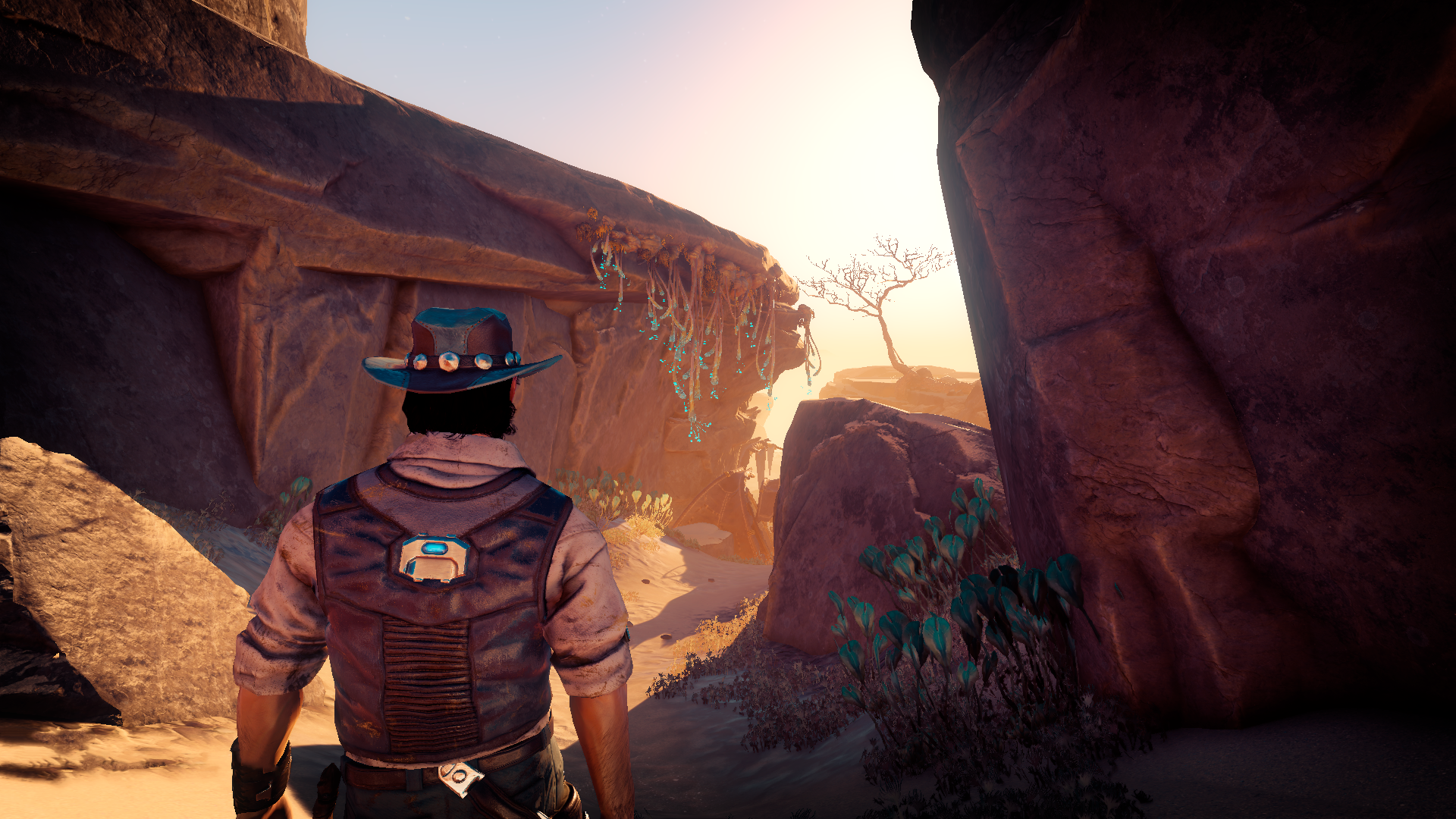 A very important element of the new update is a new enemy — varlynx (earlier known as «alpha»). This is a dangerous beast, but there are only young species on The Edge, so Jack has a chance to win this fight.

The next thing worth mentioning is our work with light and colour correction. We did some work with the surface of the savannah and the desert. On different types of the ground you can see particles reflecting light at different angles. It’s especially well-seen on the sand — nights in the desert have become much more atmospheric.

There are new effects in the game now — vignettes and bloom. They are optional and can be turned off in the menu. 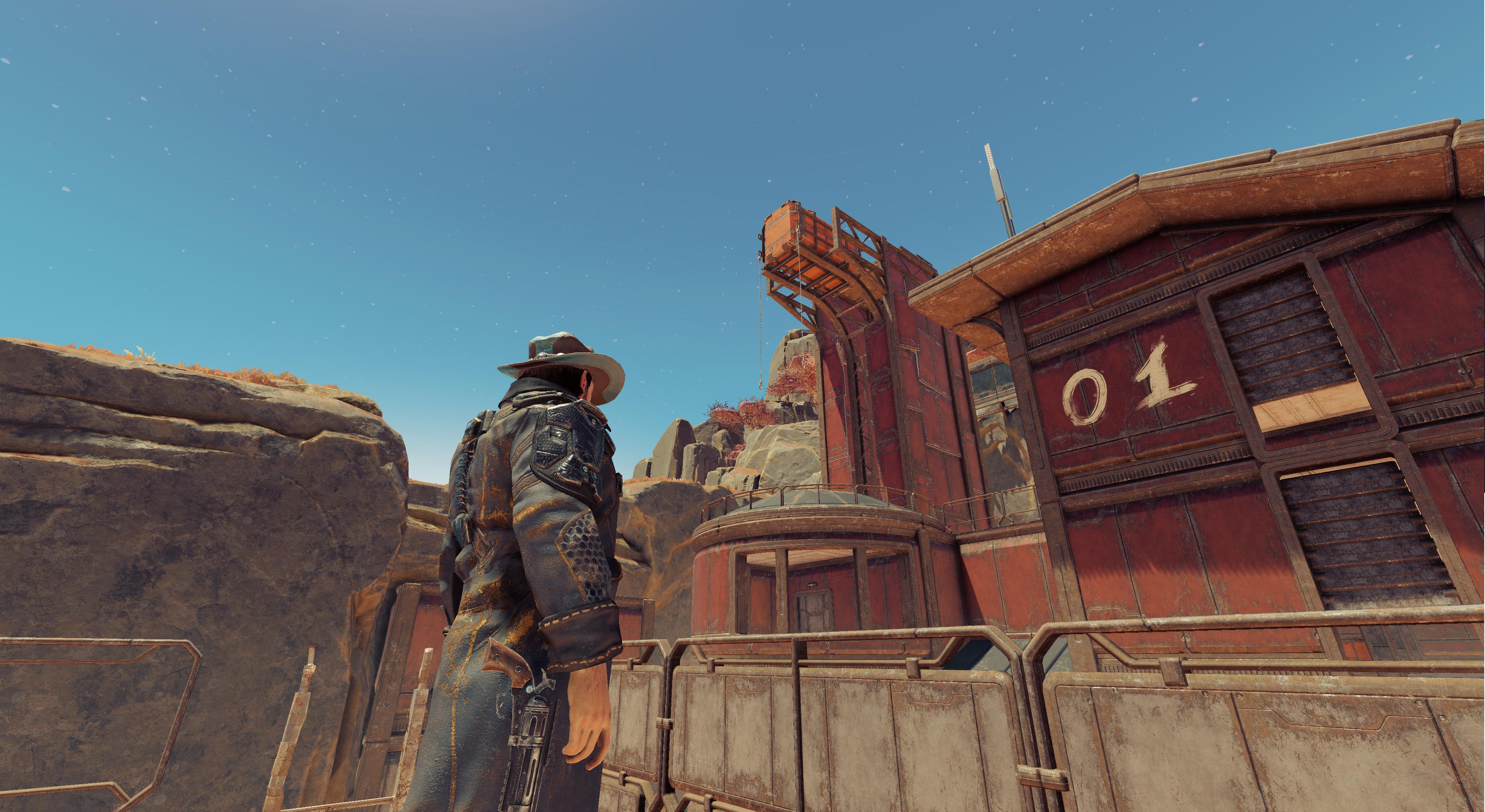 We have also added facial animations as a test to prepare the game for the voiceover. Please, share your impressions to help us improve it.

The final thing worth mentioning is the work with the sound. A plenty of effects were added or remade and their positioning was improved.

And of course, new music was added to the game. It is written by Adam Skorupa, who worked on The Witcher series, EVE Online, Call of Juarez, Painkiller and Ash of Gods. We’ve spreaded the tracks over the key zones of The Edge to improve their atmosphere and emphasise every faction’s originality.

Hope you’ll like the update! Make sure to share your feedback in our Discord, ask questions, suggest your ideas — we’ll answer each of you.

Have a nice game, space cowboys!