We have already told you a lot about our work on the new interface which will be available in the new build. And today we’d like to share our recent progress with you. We really care about your opinion, so don’t hesitate to leave feedback in the comments! 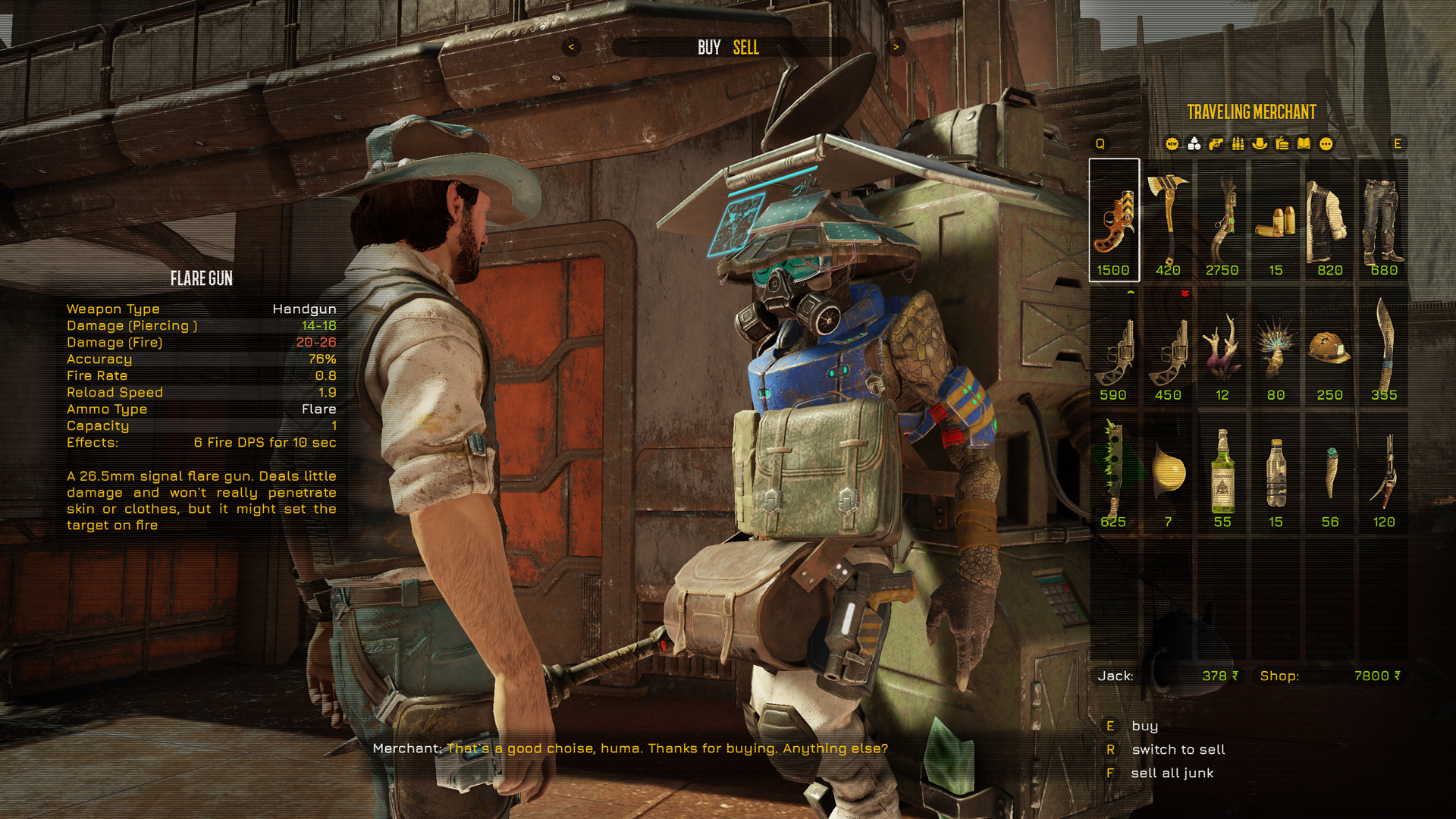 First of all, we’ve remade the trading window. It caused a lot of discussions, because we decided to change the existing interface completely and make a more immersive variant which suits a role-play game in the open world much better. 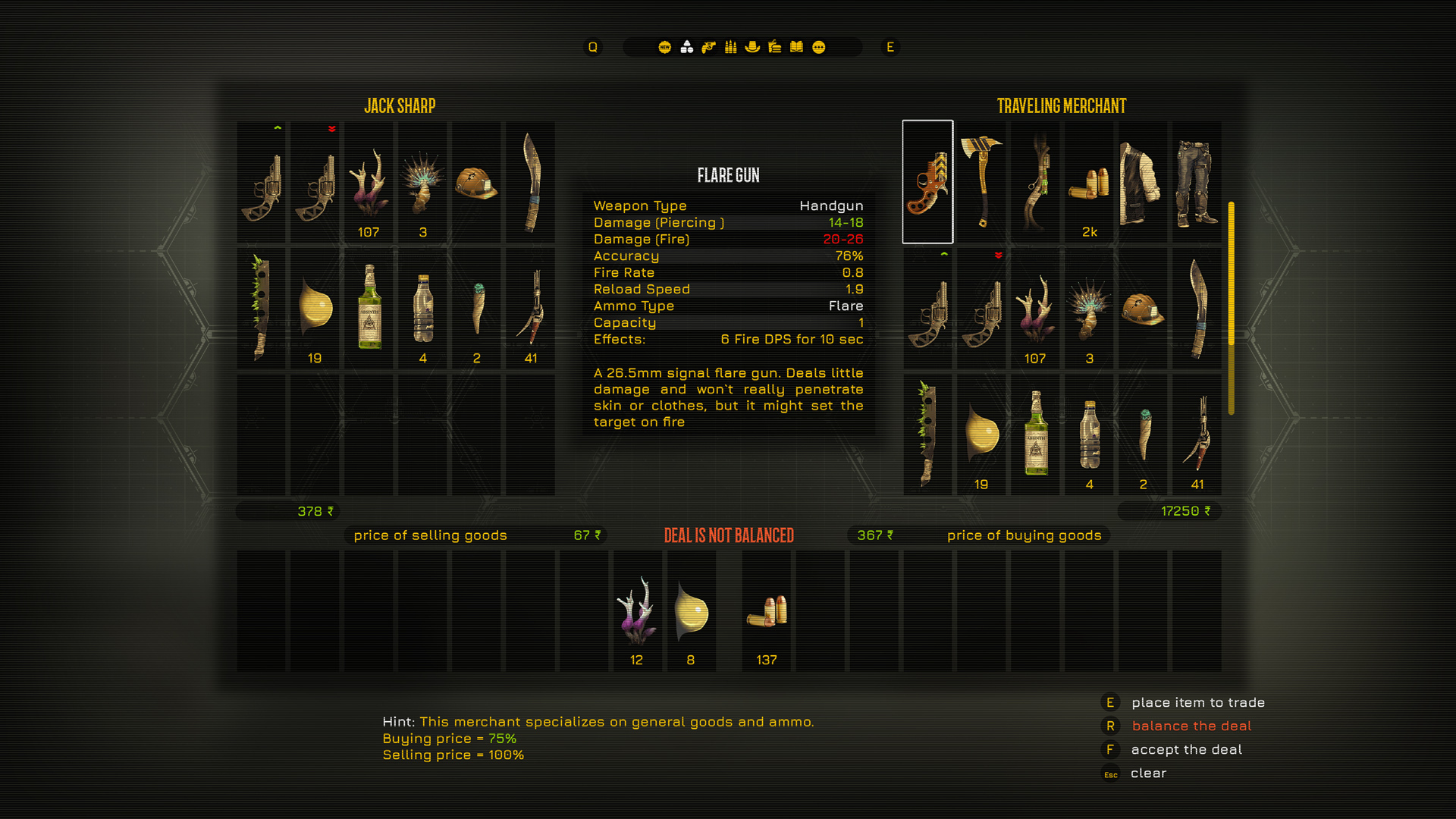 Of course, we did attempt to remake an old version with an exchange. A full-screen interface let us fit all the necessary elements but impacted the atmosphere in a negative way. Which window do you like more? 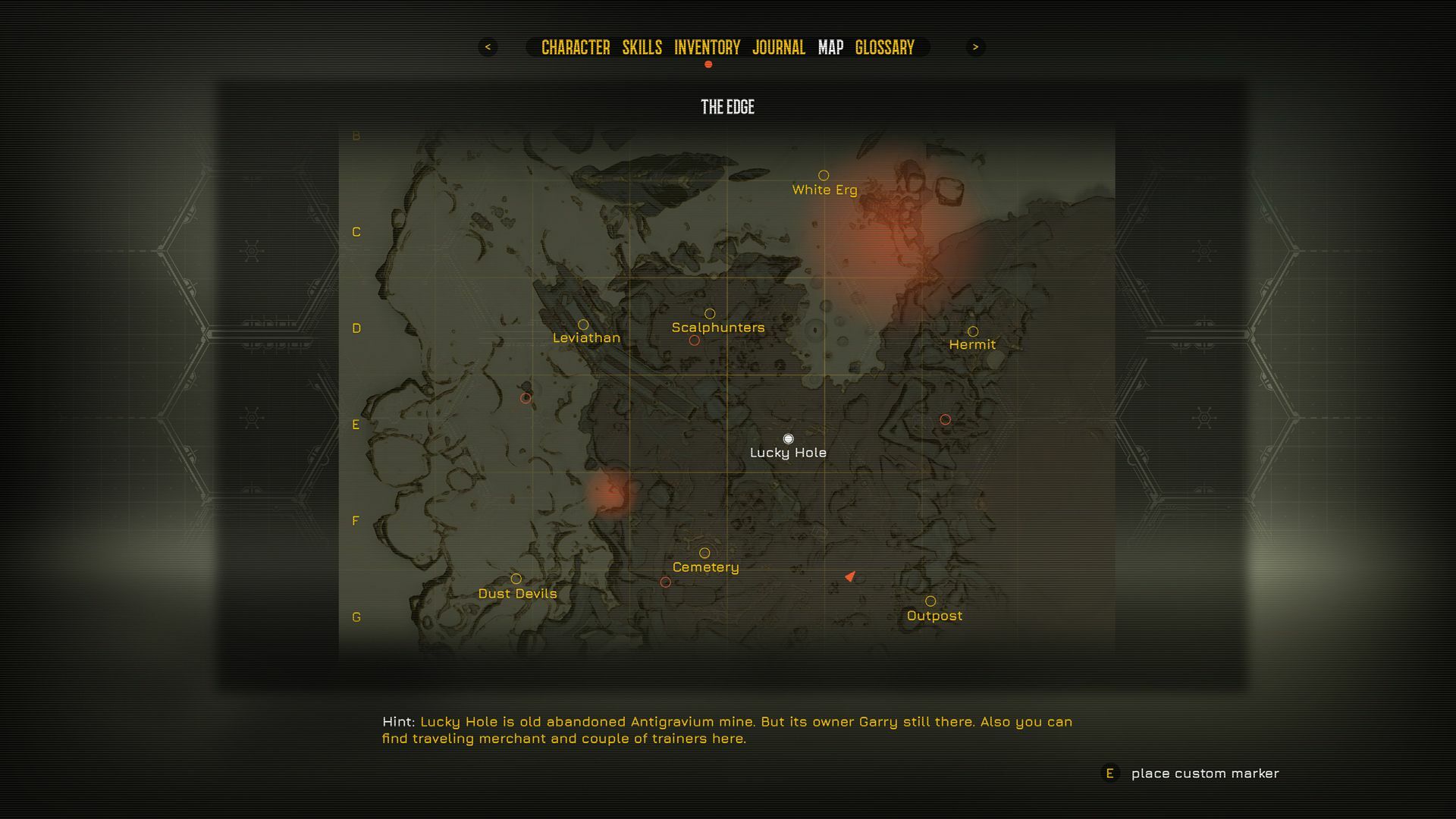 One more important change — The Edge will get a beautiful and new map! We’ve completely remade an old draft version and did a great deal of job with the style, colours and landmarks. Now the map has a clear division of the desert and savannah biomes, you can see all the topography, and there are marks of settlements and other important and interesting zones where you can get a quest or find something handy.

The next thing we’ve worked with is a journal. Now the list of the quests looks much neater and the blocks of texts separated from each other are much more convenient for reading. Besides, we’ve added a glossary from which you can get some information about the world of the game. 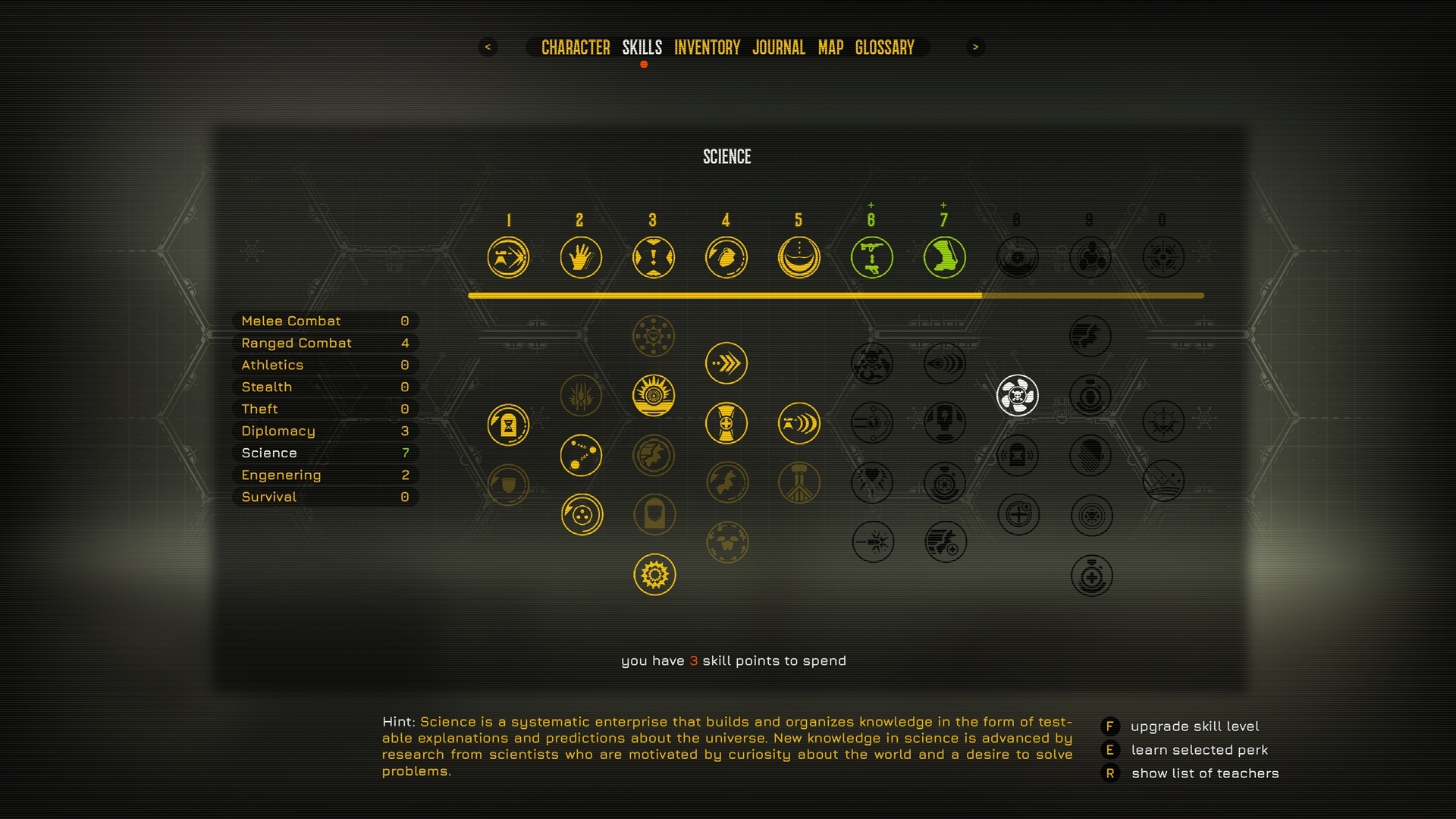 The window of the skills has completely changed. We wanted to make the character’s level up more convenient and clear, that’s why we’ve added tooltips for every active button.

The crafting window was completely transformed. We’ve removed everything that was unnecessary and added the characteristics of the created object. New recipes will appear in the game very soon for the craft to become a more important part of the game.

You can learn more about the important changes in our previous post and also track them and give feedback in our channel in Discord. Join in, we’re having a weekly rifle where you can get a free key. And we congratulate the winners of this week:

Good luck on the vastness of K’Tharsis, folks!

That’s all for now—share your feedback in the comments, try to conquer the cruel K’Tharsis and peer into our Devblog in Discord!

See you in space, cowboys! 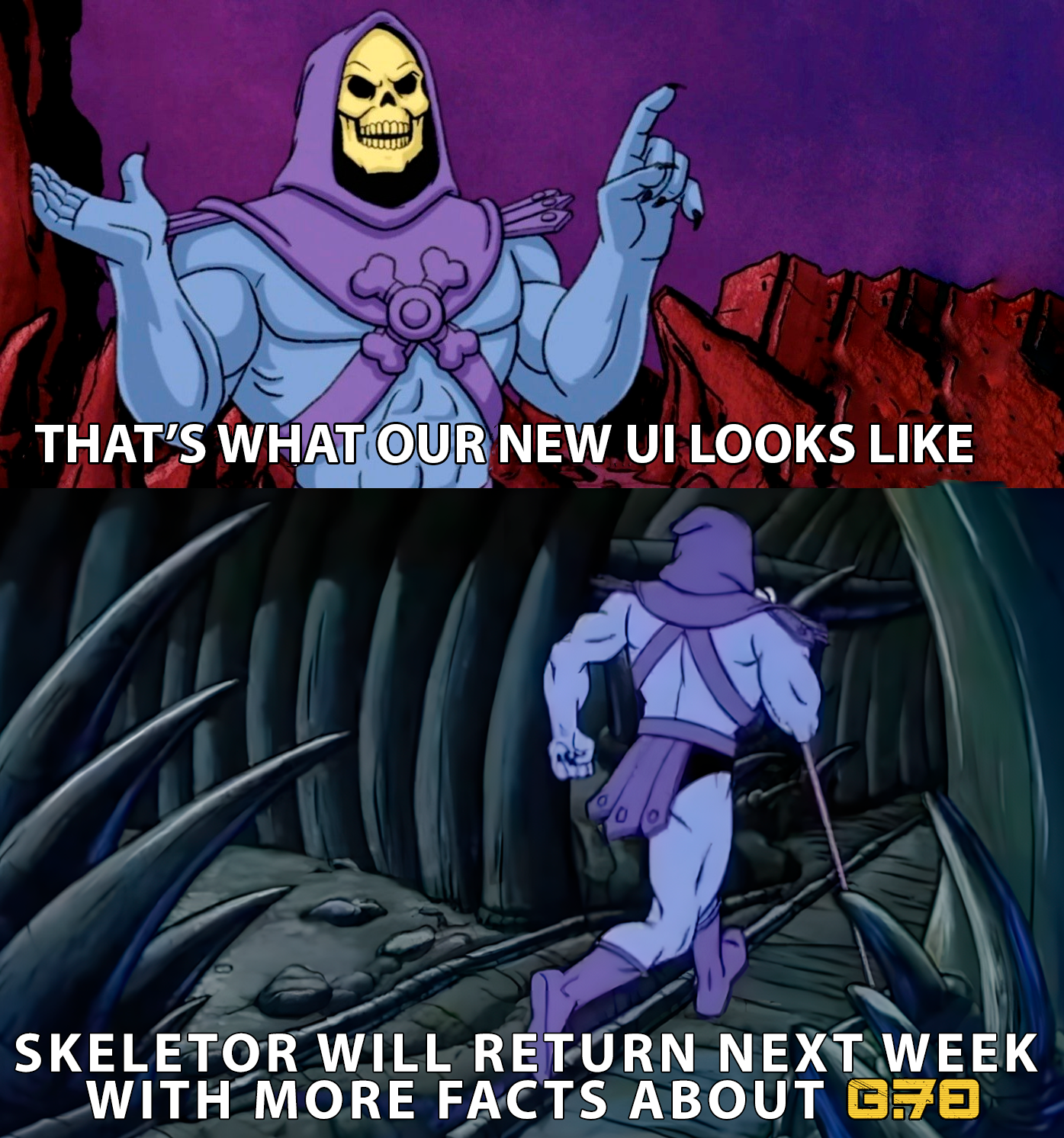