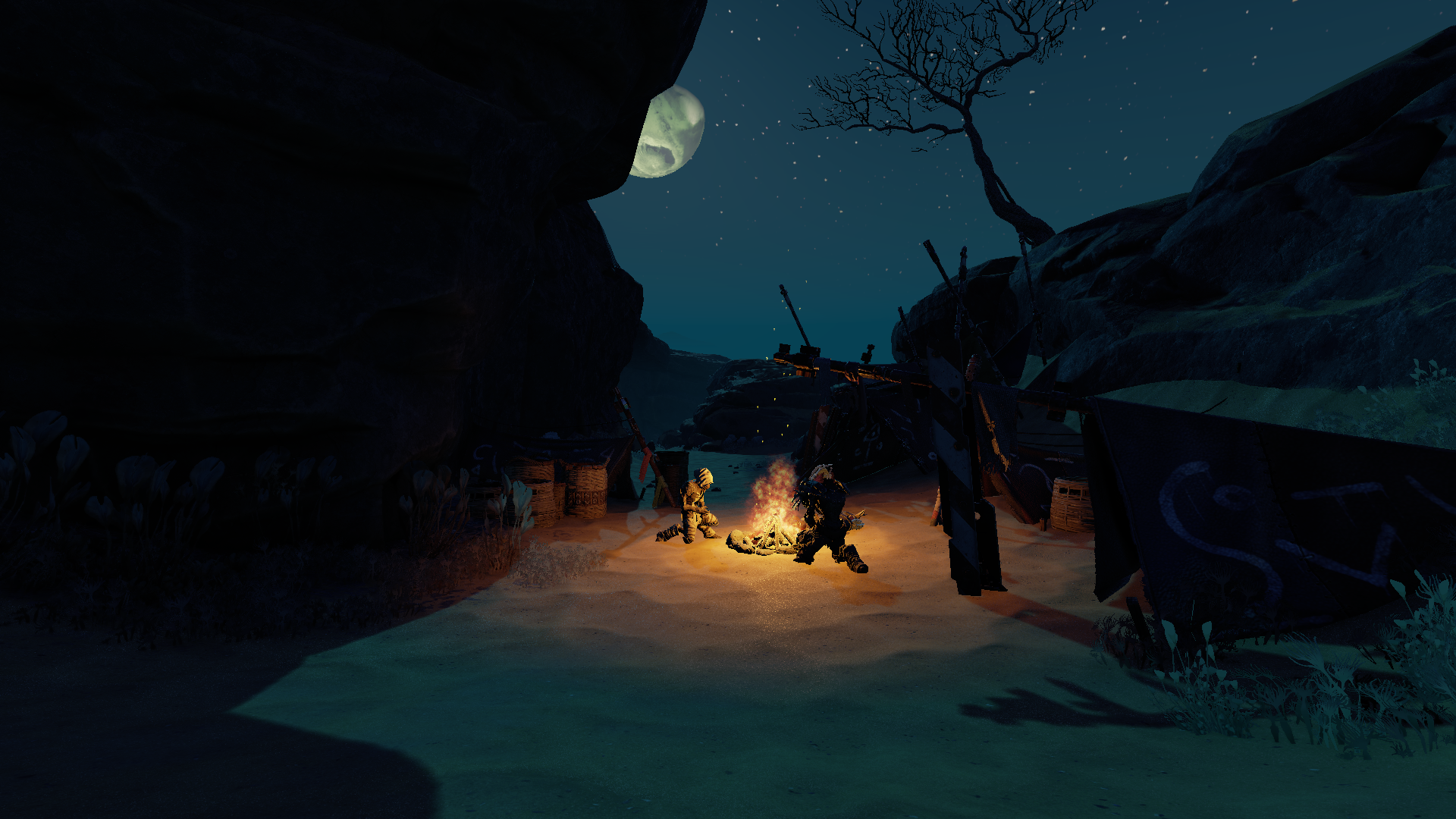 Hey folks! Another month has come to an end, so it’s time for another update. Let’s take a look at the changelog.

We’ve improved the ‘Daily Bread’ quest. Now Rusty Nails is alright with any food Jack brings to him but the rot. Also, Jack can learn more about cooking his meals with a bonfire. 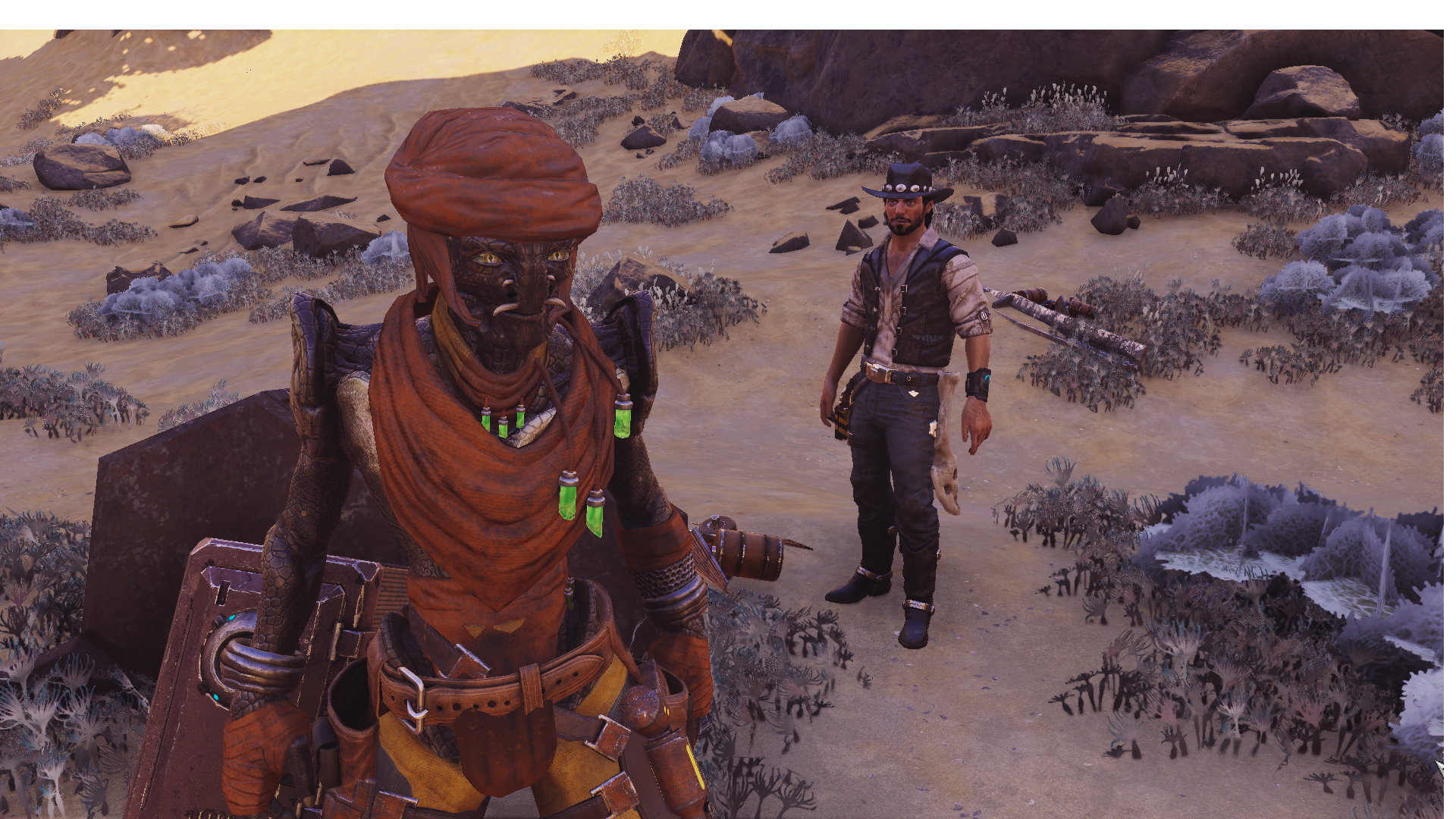 Rusty Nails is also eager to learn about his pal’s fate, so he has a new quest for Jack. Perhaps, this brave space cowboy can find any information about Rusty’s lost friend.

There are also some under-the-hood changes for some quests and their logic. 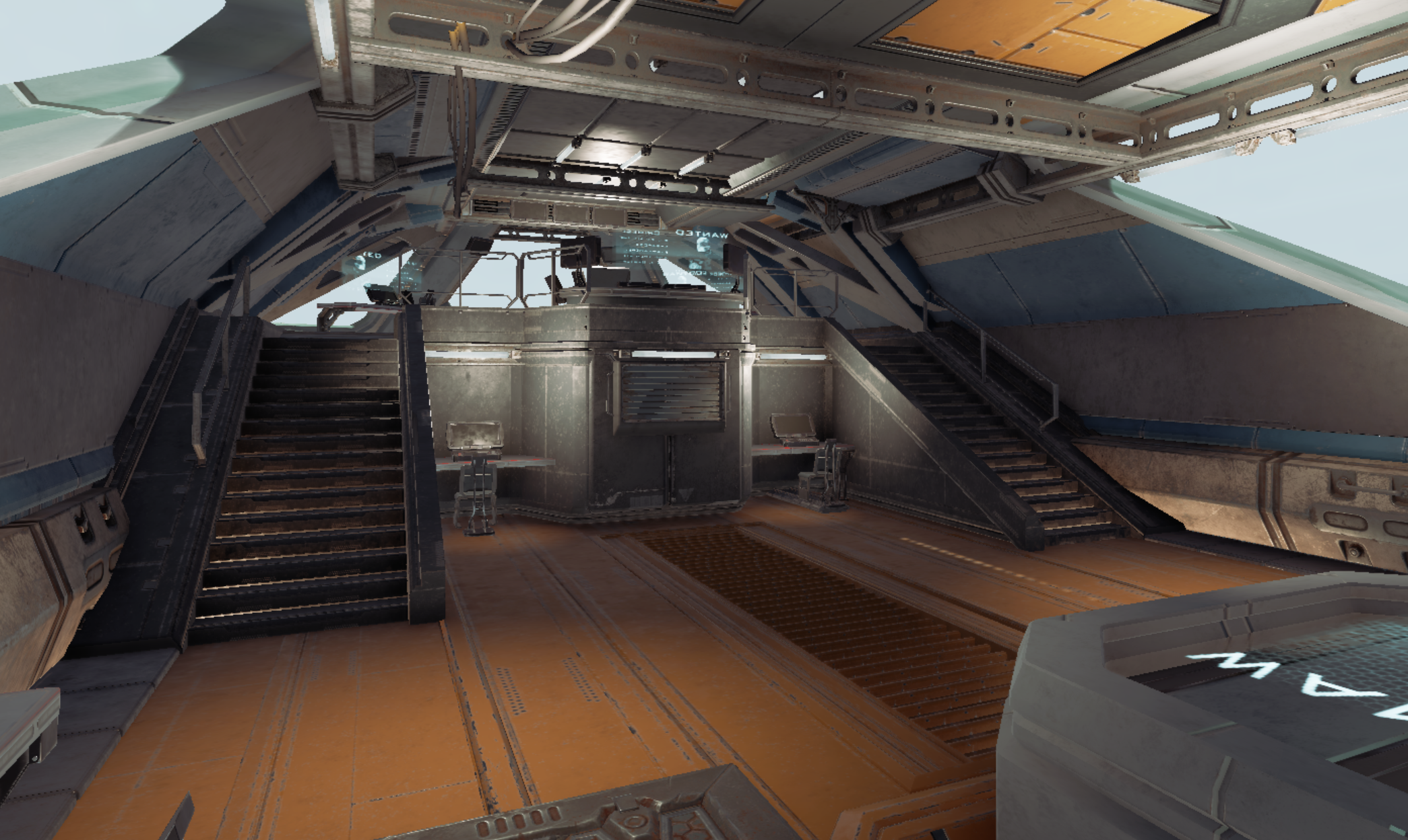 As I mentioned in the previous update, our level designers were working hard on improving the abandoned ship, and today we are ready to show you the first results.

We’ve reworked the balance of in-game sounds and improved sounds’ audibility and positioning of NPCs, environment and the protagonist. Also, we’ve fixed the layering of equipment sounds.

A great deal of work was put into the ship. We’ve added a bunch of new assets and new textures for humans. Also, we’ve transferred some new hats to PBR. 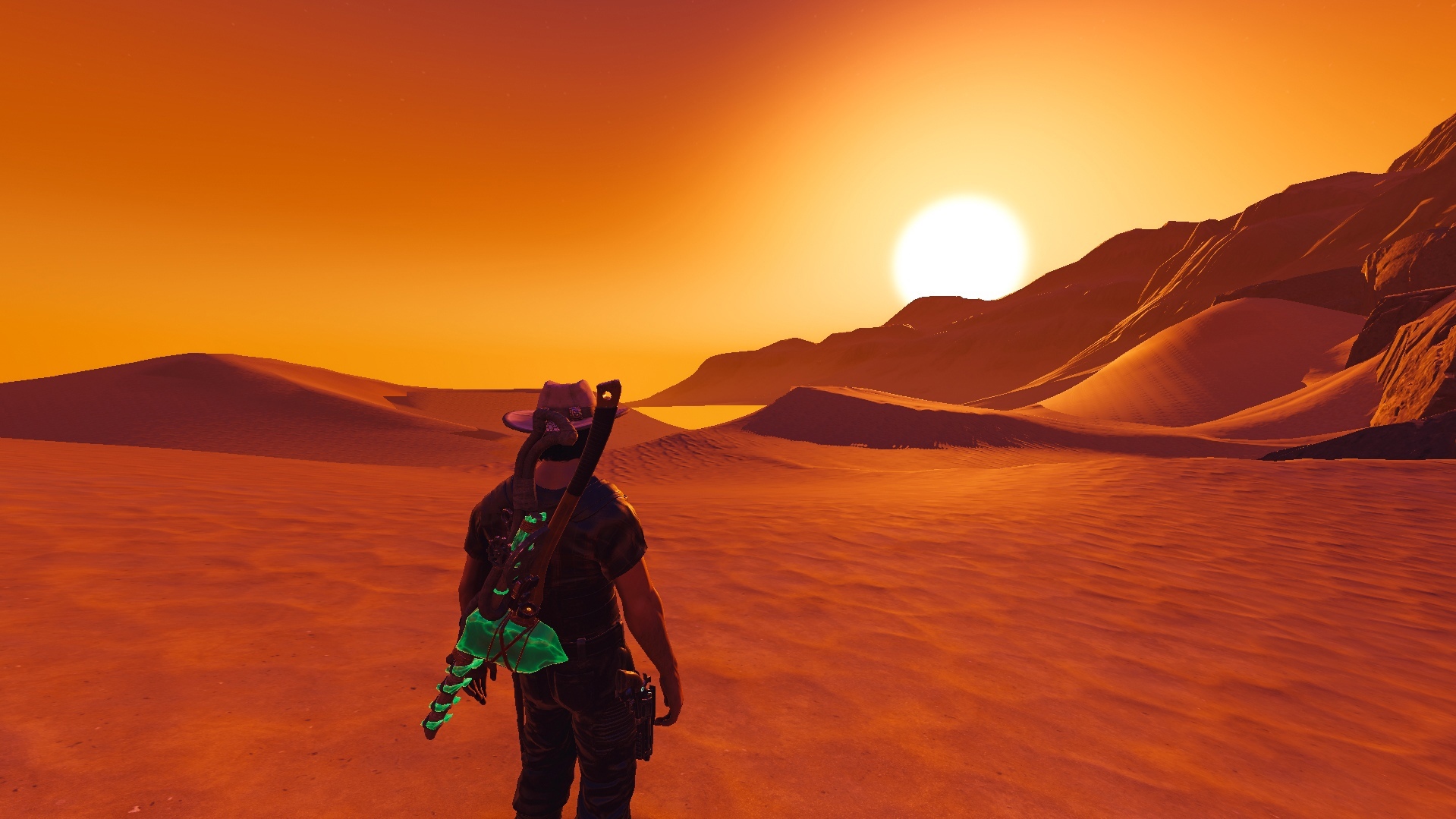 That’s all for now. Join our Discord, we will be back in a month with another update.